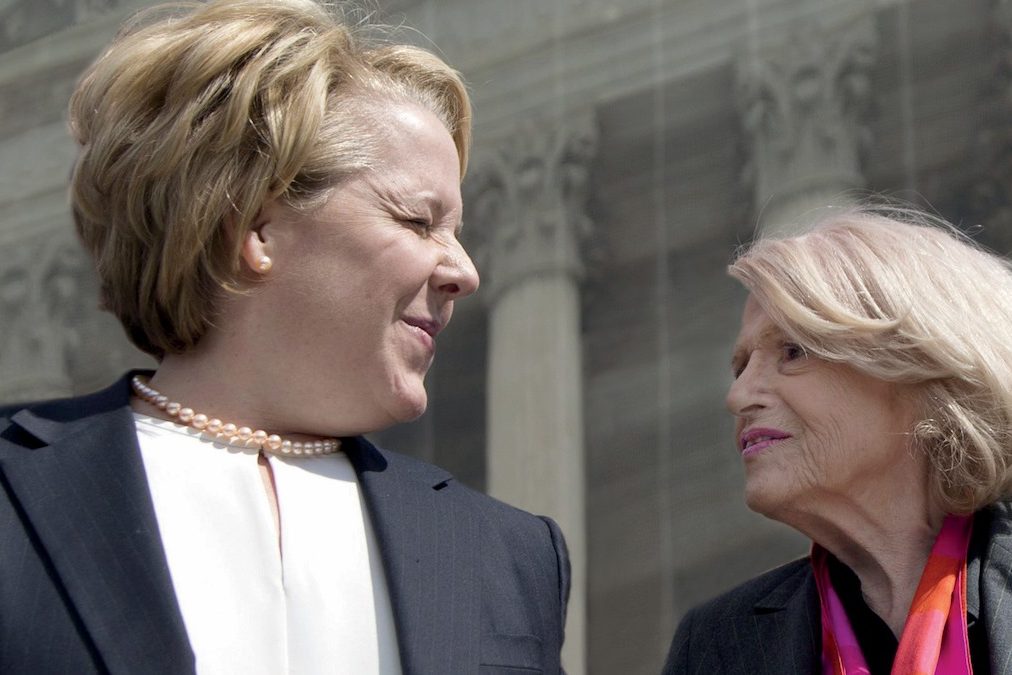 Guilford Green Foundation & LGBTQ Center, in partnership with Well-Spring, presents the second in our film series: To A More Perfect Union: United States vs. Windsor. This film and following panel discussion featuring Lennie Gerber commemorate the 5th anniversary of marriage equality in North Carolina (gained on 10/10/2014). The event will be held in Well-Spring’s new theatre. Heavy hors d’oeuvres will be provided, and a cash bar will be available.

To A More Perfect Union: U.S. v Windsor is a feature-length documentary that tells a story of love, marriage and a fight for equality. The film chronicles unlikely heroes — octogenarian Edie Windsor and her attorney, Roberta Kaplan, on their quest for justice: Edie had been forced to pay a huge estate tax bill upon the death of her spouse because the federal government denied federal benefits to same-sex couples – and Edie’s spouse was a woman. Deeply offended by this lack of recognition of her more than forty-year relationship with the love of her life, Edie decided to sue the United States government – and won. Windsor and Kaplan’s legal and personal journeys are told in their own words, and through interviews with others of the legal team, movement activists, legal analysts, well-known supporters and opponents. Beyond the story of this pivotal case in the marriage equality movement and the stories behind it, the film also tells the story of our journey as a people, as a culture, and as citizens with equal rights.